This from my friend and colleague Paul Sartison, who’d been wondering the same thing… 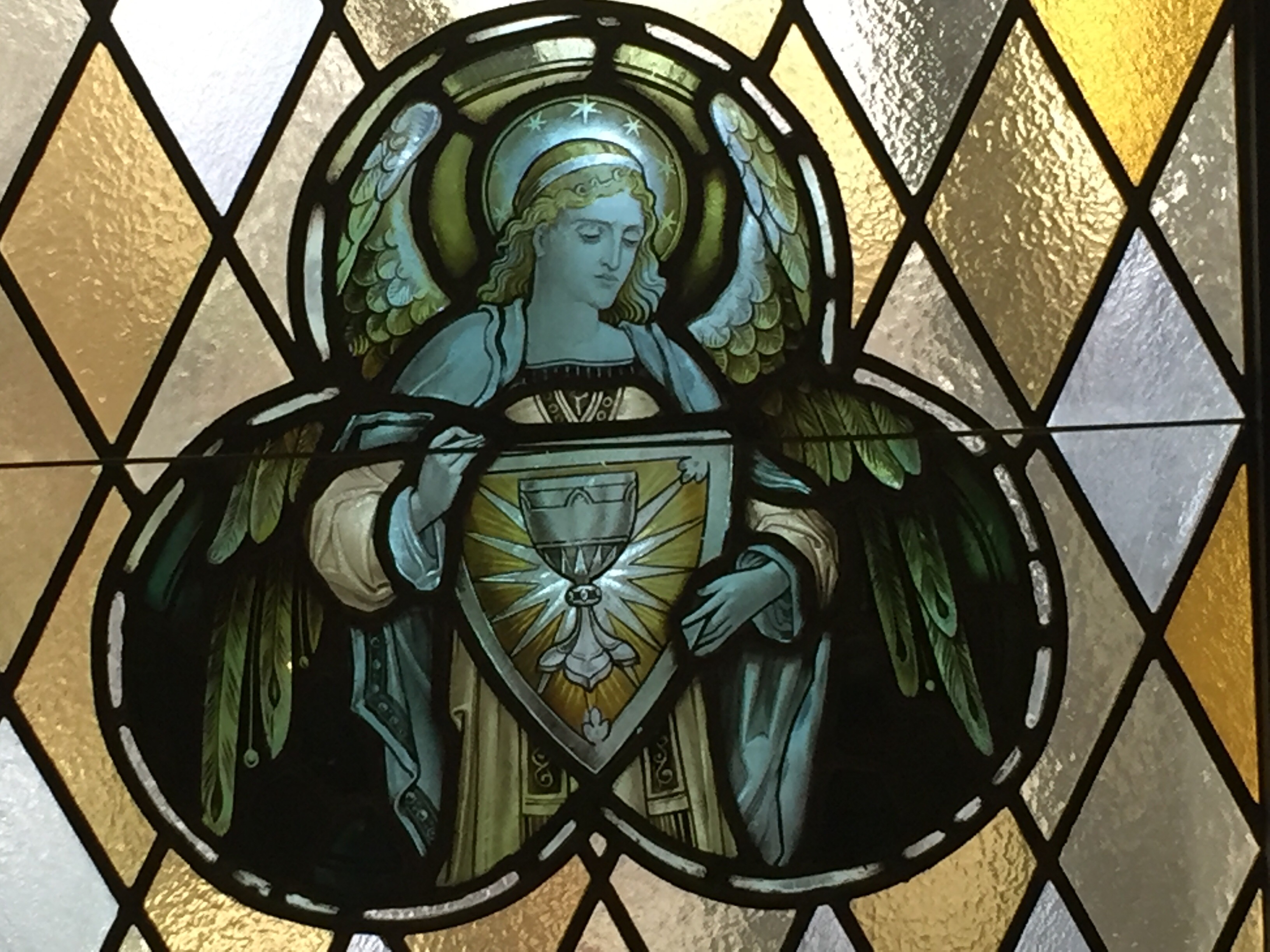 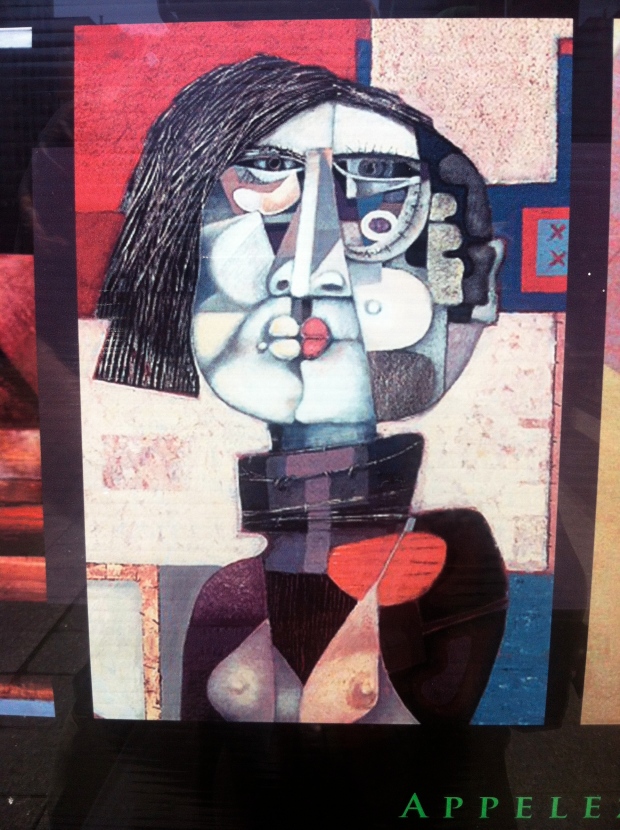 It’s always bothered me. In John’s version of Easter, Mary, when finally she turns around and bumps into Jesus, thinks he’s the gardener. Isn’t that a more than a little bit strange? I’m sure I’m not the only one. After all, we know who’s supposed to be Jesus. And unlike us, Mary was there. She’d known Jesus. But she sees him at the grave and – very strange – instead of being overjoyed doesn’t even recognize him. She thinks he’s the gardener. That just doesn’t make sense. It had only been, what? Thirty-six hours?

Maybe it was the shock. Maybe it was Mary’s grief, blinding her to the man standing right in front of her. Those are all good, rational arguments. But for me, there’s another, more interesting possibility.

Maybe, I wonder, maybe new life ALWAYS changes our appearances somehow. Maybe the kind of passage from death to life that we celebrate strips away everything, like a fire, and only leaves the real person that the Creator intended. Including with Jesus.

Maybe reality is upside down, and it’s not that the resurrection isn’t real so much as what we’re living right now might not be. Maybe it’s not so much that we change, but that, given enough love and time, and perhaps some divine intervention, we become, if we’re lucky, who we really are.

Imagine being a tadpole. Your whole life has been in a pond. All you know is water. That’s the limit of your comprehension. And one day, your close friend, another tadpole, disappears. You think she’s gone, but she’s just following nature, which means that there’s a resurrection of a sort going on. She’s changing into the adult. A toad. Something all of you tadpoles don’t even suspect exists, even though it’s coming for all of you. Then, one day, from somewhere, somehow, into the water dives this magnificent creature from beyond. Not a tadpole. Something completely different. And yet you sort of recognize her. If that happened, it would alter everything you believed about reality, there in the tadpole world. Maybe Jesus became who he really was, who we will ALL someday be, only by going through the suffering he did. That’s certainly is the case for other people. I can safely say that at 56, my sufferings have changed me, and I know I’m not alone.

Easter doesn’t mean life eternal. It means life after death – or maybe better, through death. The spring of our lives is upon us, but there will never be a spring without a winter, and every winter, no matter how hard, carries spring in its bosom. Northern Europeans know that well enough. May God give us the eyes, and the hope, and the expectation, actually to believe, see and trust in THAT kind of resurrection.

We have a problem.

Our problem is simple, and it’s this: on the one side we have a God who, we say, is almighty, all powerful, all-knowing and all-loving. On the other side, this God’s world has toddlers lying drowned on beaches and terrified young girls kidnapped out of their schools by armed men who sell them as slave-brides. How do we reconcile our beliefs with the suffering of the innocent? It’s the age-old dilemma of faith.

This world, I realize, also has rainbows and beautiful sunsets, laughter and hugs –

but not enough of those, not nearly enough.

Today is a dark day, a way-of-the-cross day.

Today is a day to hear the crowds shout for blood, and to see Jesus’ blood streaming down his face from the thorns.

Today is a day for remembering sadism, the callous ability to cause harm, the sickness of powerful men who find joy in hurting others. Let’s be honest and name evil for what it is, and how OFTEN it is: today is a day for marking that there are, in our world, too many sociopaths and psychopaths, and not just individuals, but psychopathic tyrannical governments, too, whole systems that murder to cover up, who would rather their citizens die than vote, or who believe peace means crucifying to make an example. Demonic powers, the power of the dollar that sells arms to countries where children soldiers shoot other children, the powers of efficiency that ran the trains to the gas chambers, the powers of cynicism that say there’s nothing we can do, except to make our own selves comfortable and make money. How can we believe in a God through all this?

Crucify him! Crucify him! There is NO answer to the problem of innocent suffering. These children do not deserve to suffer. That’s the truth. All we can do, this frightening not-so-Good Friday, is to say that loudly and clearly. There is no faithful answer to suffering except one – the voluntary suffering WITH others. The standing up to injustice, even when it costs us, as well. And the remembering that God was in Christ, as Paul says, on the cross – the holy, terrible, awful, painful, wrongness of the cross – reconciling the world. For there is no answer to innocent suffering, except to stand with the innocent. 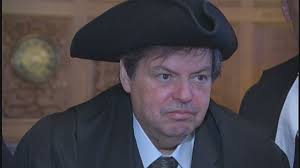 I don’t know if you saw this in the news, but this last week the House of Commons, in Ottawa, elected a man who shouldn’t have been there as a speaker for the day. Mauril Belanger, who has been an MP for 21 years, has no voice anymore, because of his advanced Lou Gehrig’s disease. His long-time dream was to become the Speaker of the House. That will never happen, because of his ALS.

But the Parliament voted to have a one-day, honorary Speaker role, and Belanger is the first person to have a chance to fill it. It took some creativity, some changing and bending of the rules. Was it the right thing to do? Absolutely. It made all the difference to this one person, and, I would argue, to the humanity of the whole House of Commons.

Mary, always the impulsive one, took a whole pound of a costly perfumed lotion, and then, in full view of all the dinner guests, she came around the table and began massaging Jesus’ feet with her perfume and then wiping them down with her hair. Caressing the Teacher. In full view. It’s scandalous. We hardly realize, now, how scandalous. Imagine the incredibly bold sensuality of having a woman, in that society, perfume your feet and use her own hair to dry them.

And yet, somehow, according to Jesus, of all the things that were being done at that particular dinner by all the people who were there, it was the only thing worth remembering.

So what was it, exactly, that Jesus liked so much? So that we can behave more like Mary? I wonder if the principle isn’t that, when in doubt, we should follow our hearts, and follow compassion, and not always think and act logically.

On the level of calculations of benefits, the perfume was wasted on Jesus. But that’s not the whole TRUTH, if you see what I mean. Because Mary, by doing the wrong thing in the eyes of the world, did the right thing. And as the heart usually does, it finds a wisdom more wise than the world. In the logic of the Kingdom, Mary behaved like a saint.

We preach Christ crucified, said Paul, A stumbling block to Jews and idiocy to the rest of the world. And yet we still preach, confess, baptize, commune, and believe. We raise a cup of wine and a loaf of bread and say: “This is my body, this is my blood, given for you”. We spend a few hours a week neither exercising our bodies nor making money, but doing the strangest thing of all: gathering together to worship and care about each other. We are, in the eyes of most of the world, wasting our time.

What are you and I going to do next? We have that expensive pound of perfume in our hands. It’s either efficiency or love. May God help us, when we are faced with the rules of what is “appropriate”, to see the holy wisdom in following Mary, and doing, not what makes sense, not just what the rules might tell us, but what’s right.