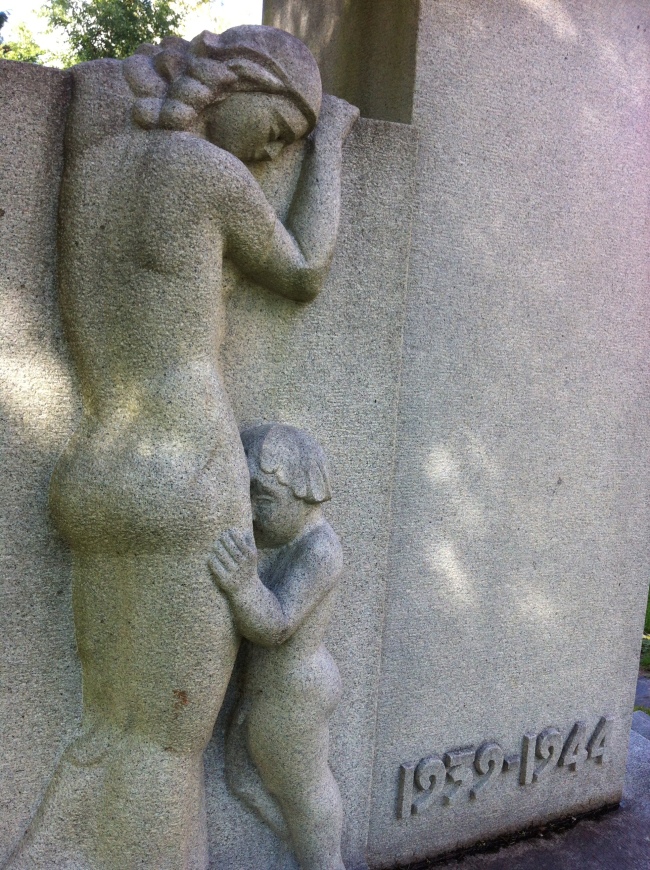 From this week’s news:  GENEVA (AP) — A panel of U.N. investigators said Thursday it believes the Syrian government is committing a crime against humanity by making people systematically vanish…

In a report based on interviews with survivors and family members of victims, the panel said the war tactic being used by President Bashar Assad’s government amounts to a crime against humanity. It is a policy of spreading terror and mental anguish….Most of the victims have been young men.

And from Matthew’s Christmas reading: When Herod saw that he had been tricked by the magi, he was infuriated. And he sent and killed all the children in and around Bethlehem who were two years old or under….Then was fulfilled what had been spoken through the prophet Jeremiah: ‘A voice was heard in Ramah, wailing and loud lamentation, Rachel weeping for her children, because they are no more”.

Anyone who says that the Bible is not political has simply not read it. What could be more political AND more topical, these days, than mass murder in the Middle East, carried out by a desperate tyrant? Bashar Assad, meet Herod. Herod, meet Bashar Assad. There aren’t that many kilometers between Damascus and Jerusalem. There are more than enough similarities. Except that Herod was a good deal more clever than Assad. And built more monuments. And was, if anything, even more psychotically paranoid. Herod killed most of his own children.

Bible stories, when we take off the tinsel-covered glasses, are every bit as bad as today’s news. They are often – extremely often – accounts not of peace and harmony and carols sung by choirs, but of bloodshed, hate, suffering, disappointment and cruelty. There’s more blood in the Bible than in most books. And oddly enough, it seems that the birth of Jesus, before it brought life to the world, first brought death.

We especially forget that. The Prince of Peace, according to Matthew, came into the world with angels and nice pronouncements, but his arrival immediately precipitated mass murder. Jesus may have been what Hollywood would call a “good guy”. But if Matthew is to be believed, then there were a lot of parents in Bethlehem who would have had good reason to hate the Son of Promise.  This is no “Glory to God in the highest and on earth peace”. The Incarnation – the Good News – caused huge collateral damage. Maybe, part of the point is that it still could.

In other words, the  slaughter of the innocents is – or SHOULD be – a sobering reminder of the cost of truth and justice. There’s a hard learning here, especially for us who are comfortable: the RIGHT thing to do may not often be the popular thing to do. And it will almost certainly not be the easy thing to do. I’m one of those people who likes to please others, and for the most part, to stay safe. So it amazes and inspires me to read about people like me, like us, people maybe that you and I even know, from here on the South Shore/Montreal who go to work in the tough zones of the world, like the Syrian camps, or the Pakistan schools, or the clinics in Sudan. The kind of person who was killed just yesterday, a volunteer giving vaccinations near Karachi. Or closer to home, those people who stand up to the oil companies on the First Nations reserves or stand with them.

Yesterday I heard a rebroadcast of the interview with the young Pakistani girl, Malala Yousafzai. Her battle is not my battle. But I was amazed when the interviewer from the CBC said to her: what did you do when a Talib came to your school, or stopped you on the street? And she said, with such simple bravery: “I said to him, what I am doing is for you, too, and for your daughters and sons. I am not less than you because I am female. Education is a right.”

She spoke as if the man holding a gun would actually listen to her words and think about them. But we live in a world of Herods, where he wouldn’t, and probably won’t. Or maybe I’m wrong. Maybe he wouldn’t at first, but maybe, just maybe, enough Malalas might convince him.

And that’s where we come in. I’m not sure why this story about the babies being slaughtered because of Jesus is actually in the Bible. Frankly, it makes me uncomfortable. But I think that part of what it does, besides getting Jesus to Egypt, is to show how troublesome, dangerous and divisive the message of Jesus really is. And how Jesus’ birth requires COURAGE from us. Christmas is not just the stuff of greeting cards and FaceBook posts. The message of real love and justice at Christmas is intended to change hearts and minds. It’s intended to make us, at least sometimes, stand up in the middle of a conversation and say: “I don’t agree”. And that is a path that might, at some point, leave us standing with the First Nations at a demonstration, or in Palestine with the Lutherans there, or welcoming refugees, or demonstrating against a corporation or government that just doesn’t care.

This last week I watched the movie: “The Hunger Games”. It’s a story about power and the abuse of power. It’s about love and murder. It’s a very good movie, even though it’s Hollywood and not everything about the plot makes sense. But it shows the value of courage, and sacrifice, and how important it can be to stand up to power for the sake of love.

So: is the Bible political? And was Jesus political? Of course. Herod, who was a consummate politician, knew that Jesus’ birth was not ONLY religious, as if one’s beliefs could really be isolated from everything else. On the other hand, is our message ONLY political? No. Neither that. There’s lots of love and grace and salvation and justification and personal development in there too. But one side of our faith doesn’t take away from the other. How do we grow in holiness? By standing up for others. How do we find the peace that passes understanding? By looking where there is no peace. How do we greet the Messiah? By finding Christ in the face of those who are poorest and most oppressed.

This week, as we clean up after the celebration of the baby who lives, may we reflect on Matthew’s story of the babies who died. May we find in the holy birth of Jesus, the Messiah, a decision point and reason for our own faith. And may the story of the refugee who was the child of God inspire us to look in all such faces, on the roads we travel this year and those we may be called to travel, for the Christ yet to be born in and with us,