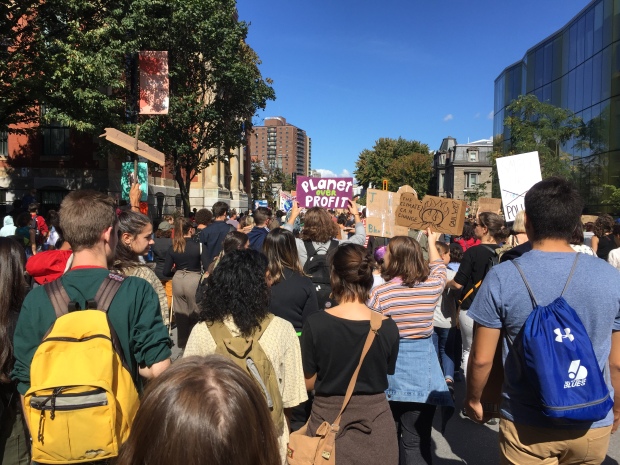 Over the past six months or so I’ve been in correspondence with Lufthansa, the German airline company. Last year I was on a Lufthansa flight delayed so long I missed my connection, had to stay overnight at Frankfurt airport, and lost a hotel room I’d already paid for at my destination. At the time I was upset. But only later did I realize that perhaps I could get some refund.

It wasn’t easy. I sent an email. No response. Maybe three weeks later I sent a follow up email. This time, there was a two sentence reply: “you may be eligible for compensation. We will get back to you.” Then nothing. Nothing happened for a month. I sent another email. This time, they replied confirming that yes, by law they owed me a partial refund, asking for details and promising to get back to me. I sent the details. Then waited. And waited. Nothing. Finally I sent another email. They asked for all the same details again, as if I’d never sent the first email. By this time I was starting to suspect it was a game of attrition, an orchestrated tactic of seeing if I was willing to jump through all the hoops to get what was apparently, owed to me.

I was. I sent the details again. This time, I upped my game. I decided I wouldn’t wait on them. I’d send one email every week I never heard anything back. This went on for another six weeks, sometimes they would write saying that they had to re-initiate the file, sometimes saying there’d been a mix up. Then nothing for another couple weeks. Finally, without any warning and no other correspondence from them, a cheque showed up in the mail. There was no letter. Nothing. Just a cheque. I sent a thank you email. No response.

Jesus told a story of a widow in a bit of the same situation. This widow, said Jesus, kept going to a judge, over and over, complaining, whining and wheedling into his ear: “give me justice.” Unfortunately, the widow in Jesus’ story had picked a judge a bit like Lutfhansa. Where the heart should be, there was just a balance statement. This hard rock of a man didn’t want to give her justice.

This gospel from Luke is a bit of a strange one, if we think it’s about us and God. After all, do we really want to think of a good, kind, graceful and loving God as an unjust judge who only wants to listen to us if we hassle so much it becomes as unbearable as my weekly emails to Lufthansa? No, that’s not God. At least I hope not. The judge is just a foil, a character.

The hero of this story is NOT the unjust judge. It’s the woman. We’re supposed to act like the woman.

Even now, in the 21st century, women aren’t supposed to do what the widow did. Women aren’t supposed to stand up for themselves. They’re supposed to get what they want by looking pretty, or being a bit flirty, or being really, really nice and keeping their voices quiet. I’m not a woman, but even I know this. Standing up for yourself and saying: “this is what I’m owed. This is an injustice” is definitely NOT what women have ever been taught to do. Even now. And in the first century, in a Roman setting, where women were literally the legal property of some man, it was even MORE unheard of. Jesus made a woman the hero of his story. Way back then.

If you think this is only true of way back when, in Jesus’ day, we have a glaring example right here in Canada, right now. The sixteen year old activist, Greta Thunberg, is a young woman. Very much like the widow in the story, Greta is definitely NOT acting like she’s supposed to. Up until fairly recently, the prevailing wisdom about sixteen year old girls is that they should be downloading music and shopping. Greta is NOT out shopping. God forbid. She’s NOT worrying about what the boys in her high school are doing, painting her nails, or gossiping, or dreaming about some relationship.

Greta is changing the world by making a big stink. Like in Jesus’ story.

Greta is in Alberta right now, I think – doing what makes male world leaders, all those unjust judges with names like Kennedy, and Moe, and Scheer and Trudeau, quake in their boots. She’s calling for justice. And she’s NOT stopping. Even when Justin turns on the charm she says “you’re not doing enough.” Even when Maxime Bernier calls her a freak. Even when mostly male commentators say she looks weird because of her Aspberger’s Syndrome. Even when she glares down President Trump at the UN. Even and especially when she tells adults to “man up” and start behaving like they, like we, should. Greta is very much the widow in Jesus’ story.

According to the text, something was happening to the disciples at the point when Jesus told this story to them. It actually uses the expression that the disciples were “losing heart”. And in response Jesus didn’t tell them “oh, it will be all right eventually.” He told them this story with a woman as hero. The simplest way not to lose heart, Jesus says, is to be like her. DO something. Identify what you need. Climate justice. An end to this damned “take all the money” and to hell with the environment thinking. Jesus is telling us, his disciples, to go out, and fight for justice!

Faith and passivity don’t go together. In fact, life and passivity don’t go together, according to the parable. Unfortunately, setting out on that course probably means conflict, which we normally think of as a bad thing. We don’t like conflict. It’s uncomfortable. But Jesus’s story is clear: it was only because of her willingness to face conflict that the widow got justice. Like the widow, like Greta, we have to be willing to face some conflict.

Tomorrow is a big day here in Canada. By tomorrow evening we will have a new government. It’s going down to the wire on this one. It’s really hard to say what kind of government it might be: conservative, liberal, majority, minority, and if minority, who might hold the balance of power between the Bloc, the NDP, even the Greens.

But whoever it is, whether an Andrew or a Justin, the two most likely possibilities as prime minister, the truth is that whoever it is will probably NOT bring justice to the planet, to the immigrants, to the Indigenous peoples, or anywhere else. Like with the unjust judge, like with the little Lufthansa payment, the system is rigged against justice. For you and I to be faithful followers of Christ we will almost certainly have to remember the unjust widow again. Learn to be more like this woman, Jesus is telling us. Tuesday morning, when you get up, whoever the government is, make a stink. Practice obstinate do-gooding. Don’t be afraid of a little conflict. Never belittle anyone, but fight for justice, and speak truth to power. Give a voice for the defenseless, the ones whom the God of Israel, of Abraham and Sara, of Esther, of Ruth, has always said are the special ones.

It’s telling that we have an expression for losing heart, in English, but we have no expression for “gaining heart”. There is a word, but we don’t often think of it. The word is “encouragement”. En-courage (in French, maybe) – ment. Gaining heart. So we do not lose heart, says Paul in 2 Corinthians, even though our outer selves are wasting away. Our inner self is being renewed, day by day. The widow in Jesus’ story was renewed.

When I look at that sixteen year old Swedish teenager, I think: now, what am I doing as a sixty year old man? Looking at her you can’t think: I hope I will do the same when I’m their age. What we have to think is: I hope I’m as obnoxiously fighting for truth and love and justice right now.

Once there was a widow, who kept going to a judge. May you and I learn that an important part of giving thanks is knowing, not only what we have, but what we must do to gain justice for ourselves, for this world, and for all who need it, from the hard hearts of this world’s rulers. And then may we take action, knowing we are loved, and in love, for ourselves and for the world.