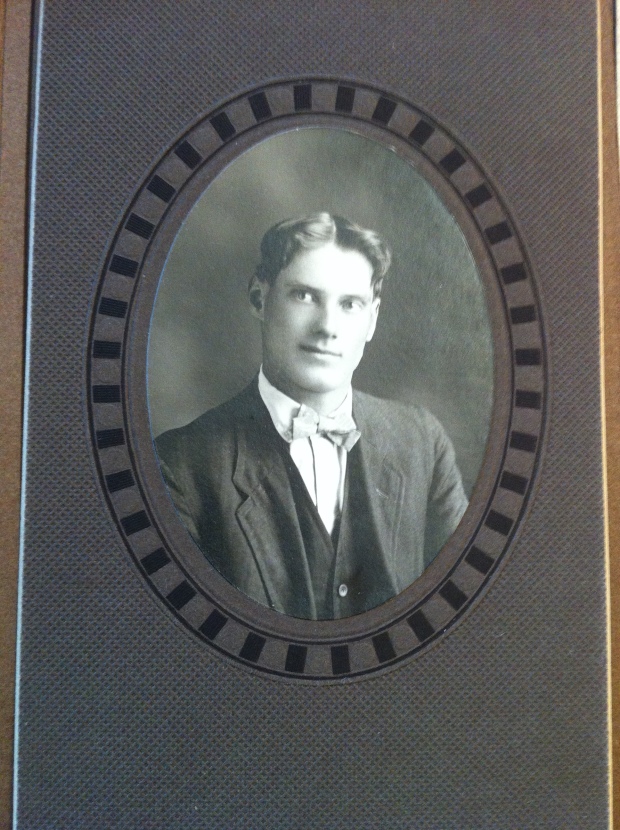 My grandfather – my mother’s father – was a character. As a young man he’d been a handsome fellow who worked on the railroad all across the northern United States. By the time I remember him, he was a tough and crazy old man. He lived out on my uncle’s farm. Or that’s where he sat, in a chair, in the corner of the farmhouse, and preached. As far as I could tell, he didn’t do much on the farm except some cooking. But he liked to express his opinion. All day long. And he had LOTS of opinions.

It’s the big money people, he’d always say, shaking a bony finger at me. I found this thin, bony old man with the piercing blue eyes more than a little scary. Don’t you ever forget that. When I picture Old Testament prophets, I see him, because that’s what he looked like. All emaciated, bone and ropy sinew, chin stubbly and startling, bright blue eyes wild: It’s the BIG MONEY PEOPLE, he’d rail. Damn them! We’re the little people. We’re just pawns. They’re the ones running this world. They don’t care about you and me. Only the almighty pocketbook!

Some men came to Jesus and told him to be careful about what he was saying. Get away from here, they told him, Herod wants to kill you. Kill the man, kill the message. Jesus was saying uncomfortable things. He was, as they say, speaking truth to power, which gets you crucified. Traditionally when scholars talk about this passage, they call it “Jesus’ lament over Jerusalem”. But the essence isn’t really Jerusalem. It’s my grandpa. It’s a bit of a rant about power.

Oh Jerusalem, says Jesus. You can almost see him shaking his finger, like my grandpa. Oh Jerusalem:YOU BIG MONEY PEOPLE. See, your house is left to you. In other words – the crash is coming. And I tell you, you will not see me again until the time when you say: ‘Blessed is the One who comes in the name of the Lord’.

In Jesus, we see something else about prophecy. Real, honest, reproof is there, not to deflate us, but to take care of us. To nurture us and heal us and make us healthier and more whole. Like a hen who keeps her errant chicks warm and safe.

I don’t know if you noticed this, but did you see who it was who tried to warn Jesus? None other than those same people who are traditionally painted as his enemies: the Pharisees. THEY were the ones who came to Jesus to say: “Get away from here – Herod wants to kill you.”

I used to think my grandfather was crazy. Maybe he was, a little. I used to think his words about how it was the big-money people manipulating everything were incredibly naïve. I grew up to scorn him, a bit. To think he was a conspiracy thinker and a bit loony.

Then came the Gulf War. All those Iraqis dying, and some mostly poor, mostly black, American kids. For the sake of what? Oil. Somebody’s profits. Then came Hurricane Katrina at New Orleans. And the levies, which government report after government report had said to fix, but never were because they were in poor neighbourhoods, were washed away, and the lives of so many poor African-Americans with them. Then came the Exxon Valdez oil spill, and the Deepwater Horizon oil spill, and people got sick but nobody paid. Then came the financial crisis, and who gets bailed out together with their huge severance packages? The poor people who lost their homes? No: the bankers.

Maybe my grandfather wasn’t so crazy after all.

Jesus was a thorn in the side of the rich, powerful, political elite of his day, centred in Jerusalem. Don’t buy into their schemes, he told his disciples and anyone who would hear him. Love is free. The world is yours, not theirs. Is it any wonder he wound up the way he did?

To be a person of faith is to believe our Creator can and does still, somehow, speak to us. If we hear words that pick at us a bit, that is not necessarily a bad thing. Not everything my grandfather said was worth listening to. But he was right about this: there are powers in this world that ARE evil, because they side with death and don’t care about life. In that struggle, we need to be on the side of those who celebrate, share, and preserve LOVE. Jesus said so, with his life. In this one thing, at least, grandpa was right.

(this last photo is not actually my grandfather but still a relative, who reminds me of him sometimes)